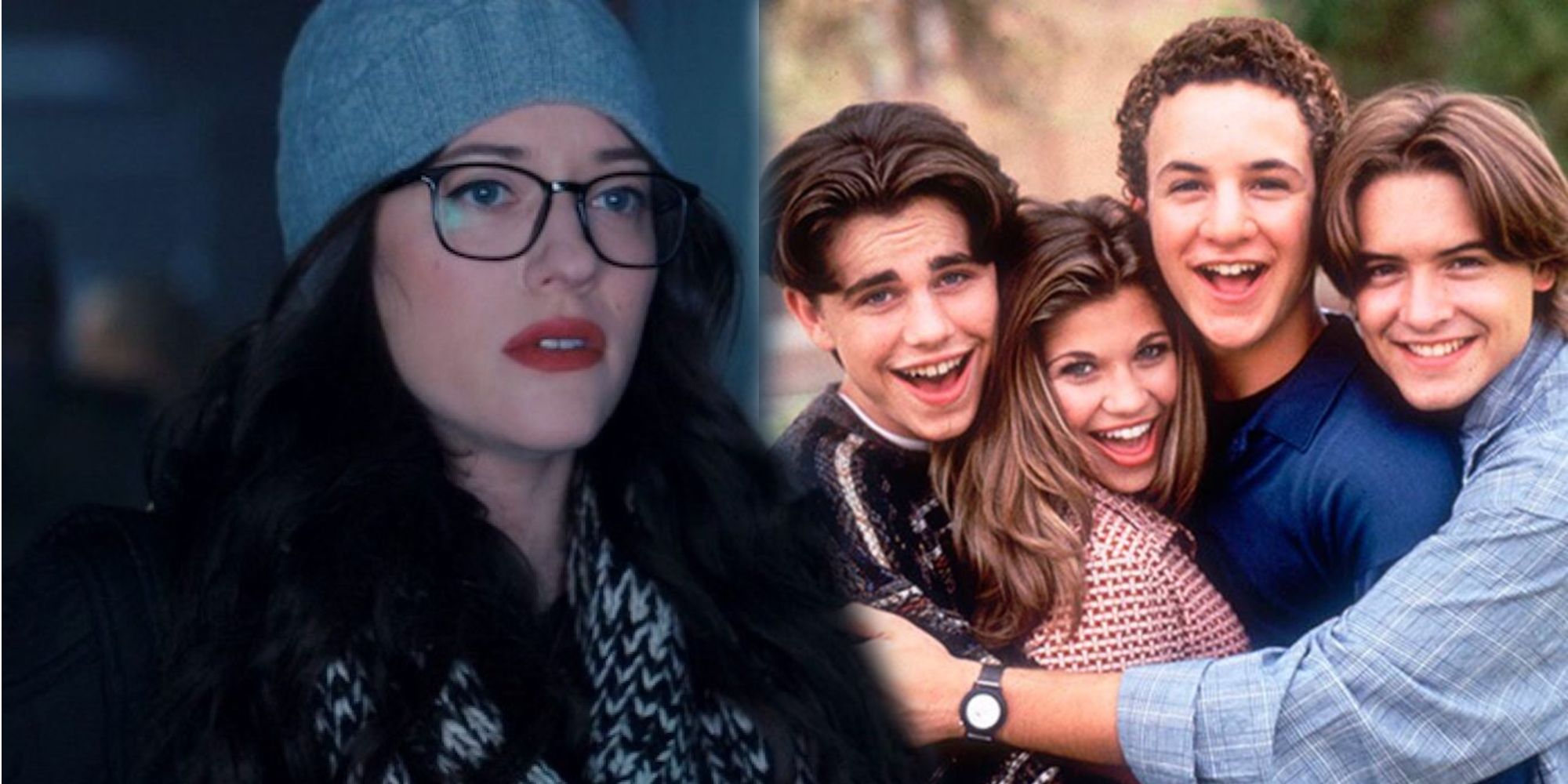 Kat Dennings, who plays Darcy Lewis in the Marvel Cinematic Universe, would love to see a Boy Meets World-inspired episode of WandaVision. WandaVision is Disney+’s first series set within the MCU, following Wanda Maximoff (Elizabeth Olsen) and Vision (Paul Bettany) and their exploits in the mysterious town of Westview. The meta, genre-bending show has a unique format: each week parodies a different era in sitcom history, from early black-and-white classics like I Love Lucy and The Dick Van Dyke Show to the most recent, episode 5’s Family Ties homage.

Dennings plays Darcy Lewis, a character who was introduced in the first Thor film (her last appearance before WandaVision was Thor: The Dark World in 2013). She began as an intern for Jane Foster (Natalie Portman), and by the time she reappears in WandaVision, she has completed her Ph.D. in astrophysics. Darcy is part of the team investigating the anomaly of Westview outside the town, working alongside FBI Agent Jimmy Woo (Randall Park) and SWORD Captain Monica Rambeau (Teyonah Parris).

In an interview with Extra, Dennings revealed what sitcom she’d like to see WandaVision parody next. Asked what her choice would be, Dennings replied:

Well I’ve said, when people have asked what my favorite sitcom is, I always have the same answer, and it’s Boy Meets World. …I don’t know how they would make that work. But I am a fan of those 90s sitcoms, ’cause that was when — that was kind of my zone.”

If the 90s sitcoms are Dennings’s childhood faves, she’s in luck with the next episode. While it may not be a direct Boy Meets World homage, episode 6 is due to be set in the 90s. Olsen herself said filming the later WandaVision episodes was very “meta” for her own childhood, recalling visiting her sisters on the set of Full House (which aired in the late 80s/early 90s).

Considering the show is already completed and being released, the question posed to Dennings was purely hypothetical to begin with — it’s much too late to go back and add Boy Meets World into the mix of this Disney+ miniseries. On top of that, Dennings’s character exists outside of the sitcom-realm of Westview. In fact, Darcy was the one who discovered the broadcast outside of the town. So, sadly, her character wouldn’t get to participate in WandaVision’s 90s episode. Though as a sitcom veteran herself — she spent 6 seasons leading the multicam CBS comedy 2 Broke Girls — it would be great to see Dennings participate in this kind of sitcom parody.

Still, every episode has drawn inspiration from multiple series for each era, so it’s certainly possible that WandaVision episode 6 will have a bit of Boy Meets World in its DNA. At the very least, fans can expect the episode to have the look and feel of a 90s classic, based on the accuracy of the previous episodes. Even if it’s not a direct Boy Meets World/WandaVision crossover, 90s kids should still be pleased with the result.