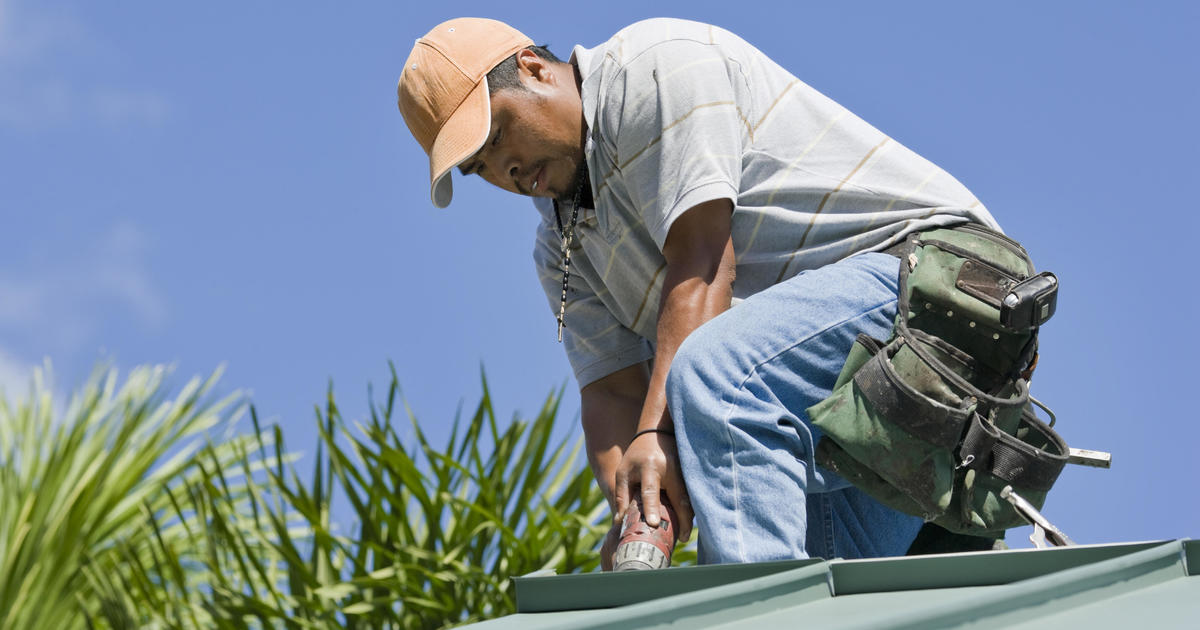 On a Tuesday afternoon last June, Humberto was yanking old wires from the walls of a middle school in suburban Birmingham, Alabama, when his cellphone rang. Humberto’s wife, who had just returned from her weekly trip to the grocery store, was on the line.

The 45-year-old electrician, who spoke on the condition that he be identified by his middle name because he is undocumented, had been working 10 hours a day, six days a week as part of a $200 million renovation project. This was how he learned that his $1,250 paycheck had bounced.

Already battered by long shifts and high infection rates, essential workers struggling through the pandemic face another hazard of hard times: employers who steal their wages.

When a recession hits, U.S. companies are more likely to stiff their lowest-wage workers. These businesses often pay less than the minimum wage, make employees work off the clock or refuse to pay overtime rates. In the most egregious cases, bosses don’t pay their employees at all.

Companies that hire child care workers, gas station clerks, restaurant servers and security guards are among the businesses most likely to get caught cheating their employees, according to a new Center for Public Integrity analysis of minimum wage and overtime violations from the Department of Labor. In 2019 alone, the agency cited about 8,500 employers for taking about $287 million from workers.

Major U.S. corporations are some of the worst offenders. They include Halliburton, G4S Wackenhut and Circle-K stores, which agency records show have collectively taken more than $22 million from their employees since 2005.

Their victims toil on the lower rungs of the workforce. People like Danielle Wynne, a $10-an-hour convenience store clerk in Florida who said her boss ordered her to work off the clock, and Ruth Palacios, a janitor from Mexico who earned less than the minimum wage to disinfect a New York City hospital at the height of the pandemic.

“Cheaper to violate the law”

Companies have little incentive to follow the law. The Labor Department’s Wage and Hour Division, which investigates federal wage-theft complaints, rarely penalizes repeat offenders, according to a review of data from the division. Public Integrity obtained the records through a Freedom of Information Act request covering October 2005 to September 2020.

The agency fined only about 1 in 4 repeat offenders during that period. And it ordered those companies to pay workers cash damages — penalty money in addition to back wages — in just 14% of those cases.

On top of that, the division often lets businesses avoid repaying their employees all the money they’re owed. In all, the agency has let more than 16,000 employers get away with not paying $20.3 million in back wages since 2005, according to Public Integrity’s analysis.

“Some companies are doing a cost-benefit analysis and realize it’s cheaper to violate the law, even if you get caught,” said Jenn Round, a labor standards enforcement fellow at the Center for Innovation in Worker Organization at Rutgers University.

The federal data provides a revealing — though incomplete — look at a practice that pushes America’s lowest-paid workers further into poverty. The data doesn’t include violations of state wage-theft laws or cases where employees sued. And it misses all the workers who don’t file complaints, either because they’re afraid to or are unaware of their rights.

But some economists say wage theft is so pervasive that it’s costing workers at least $15 billion a year — far more than the amount stolen in physical robberies.

Employees of color more at risk

Companies are more prone to cheating employees of color and immigrant workers, according to Daniel Galvin, a political science professor and policy researcher at Northwestern University. His research, based on data from the Census Bureau’s Current Population Survey, shows that immigrants and Latino workers were twice as likely to earn less than the minimum wage from 2009 to 2019 compared with white Americans. Black workers were nearly 50% more likely to get ripped off in comparison.

Through much of the Jim Crow era, the federal government ignored racial disparities in pay. It wasn’t until the Great Depression that Congress first tried to establish a national minimum wage and overtime pay for workers. To get Southern Democrats to vote for the Fair Labor Standards Act of 1938, Northern Democrats agreed to exclude agricultural laborers, nannies and housekeepers from the law’s protections. In the South, most of those workers were Black. Out west, a large number were Mexican American.

Congress amended the act during the 1960s and 1970s to cover most of these excluded workers, but their employers often flout the law anyway. Galvin reports in his forthcoming book, “Alt-Labor and the New Politics of Workers’ Rights,” that the lowest-paid workers lost roughly $1.67 per hour — about 21% of their income — to wage theft from 2009 to 2019.

Not paid for overtime

Yuri Callejas, a 40-year-old single mother, cleaned hotel rooms at a Fairfield Inn & Suites franchise in Pelham, Alabama. Callejas complained to her boss that he was paying her only $9 an hour when she was hired at $10 an hour, according to a lawsuit filed in January 2020 in federal court. Though she said she was working more than 40 hours a week, she wasn’t getting paid overtime, either, according to the complaint.

Her boss refused to change her pay rate, the complaint said, so she quit. Her accounting of how much she was owed: $1,272.

With help from an attorney at Adelante Alabama Worker Center, Callejas sued the owner of the hotel, AUM Pelham LLC. The company denied that Callejas was hired at $10 an hour or that she worked overtime, but it agreed to a settlement. Company owner Rakesh Patel did not respond to requests for comment.

Callejas walked away with $2,500 in back wages and damages. But that didn’t wipe away the memories of her struggle.

“Every time I paid my bills,” she recalled, “I never had enough money.”

Danielle Wynne rang up customers at a Circle-K gas station in Brevard County, Florida, during shifts that started at 4:30 a.m. and ended in the early afternoon. Before and after clocking in, Wynne said, her manager made her work for free, according to a lawsuit she filed in federal court in February 2020. She counted cash in the register, brewed coffee, cleaned the store, set out condiments and refilled the lottery machine — all while off the clock.

The unpaid work added up to about $1,250 in one year, according to the court filing. For someone earning $10 an hour, that’s about three weeks of pay.

Wynne said in court records that she didn’t complain at the time because she was scared of her “vindictive” boss.

Circle-K Stores denied the underpayment allegations in court filings, though it ended up settling the case for $2,500 in October. But data from the Labor Department shows that the company repeatedly takes wages from its employees, with few repercussions.

Circle-K Stores did not respond to multiple requests for comment.

Federal investigators caught Circle-K stores underpaying employees 22 times since 2005, most recently in February 2020. The total: $54,069 taken from 120 employees. But the Labor Department only fined the company four times and ordered it to pay damages to employees in two cases. In six cases, the company didn’t pay all the money it owed employees, known as back wages. The agency closed those cases anyway without further action.

Public Integrity found that Labor Department investigators are just as lenient with other repeat offenders.

The oilfield services company Halliburton illegally withheld $18.7 million from 1,050 employees, Labor Department records show, but staff investigators never ordered the company to pay cash damages on top of the back wages. The department fined Halliburton in only three of eight cases it brought against the company.

Halliburton declined to comment on the cases. But in a 2015 statement to Inside Energy, a spokesperson for the company said it had misclassified employees as exempt from overtime pay.

“The company re-classified the identified positions, and throughout this process, Halliburton has worked earnestly and cooperatively with the U.S. Department of Labor to equitably resolve this situation,” wrote Susie McMichael, a public relations representative for Halliburton.

G4S Wackenhut and its subsidiaries, which provide security services to companies and courthouses, illegally denied nearly $3.3 million to 1,605 employees. Federal investigators never ordered the company to pay damages to employees and only issued a fine in nine of 47 cases, totaling less than $41,000. Though G4S Wackenhut later repaid employees in nearly all the cases, it didn’t pay full back wages on two occasions, and the Labor Department closed those cases anyway.

Sabrina Rios, a spokeswoman for the company, said most of the money owed involved G4S subsidiaries that were under independent management. She added that the claims do not reflect the company’s business practices and that some of the cases date back more than 22 years.

“The company worked with the DOL in order to investigate each case and made appropriate payments to the individuals totaling about $3.3 (million),” she wrote.

A Labor Department official said the agency orders companies to pay damages when appropriate, determined on a case-by-case basis. Fines are usually assessed when a company repeatedly, or willfully, breaks the law. The department tries to resolve cases administratively to avoid taking employers to court.

“The department exercises its prosecutorial discretion in determining whether to litigate specific cases, based upon careful consideration of our priorities, resources, and mission,” Jessica Looman, principal deputy administrator for the agency’s Wage and Hour Division, wrote in a statement.

Nancy Leppink, former head of the Wage and Hour Division during the Obama administration, said the agency doesn’t have enough lawyers to take every employer to court when they don’t pay up. Although the division hired 300 new investigators during her tenure, it had only about 787 to enforce wage theft laws as of February. 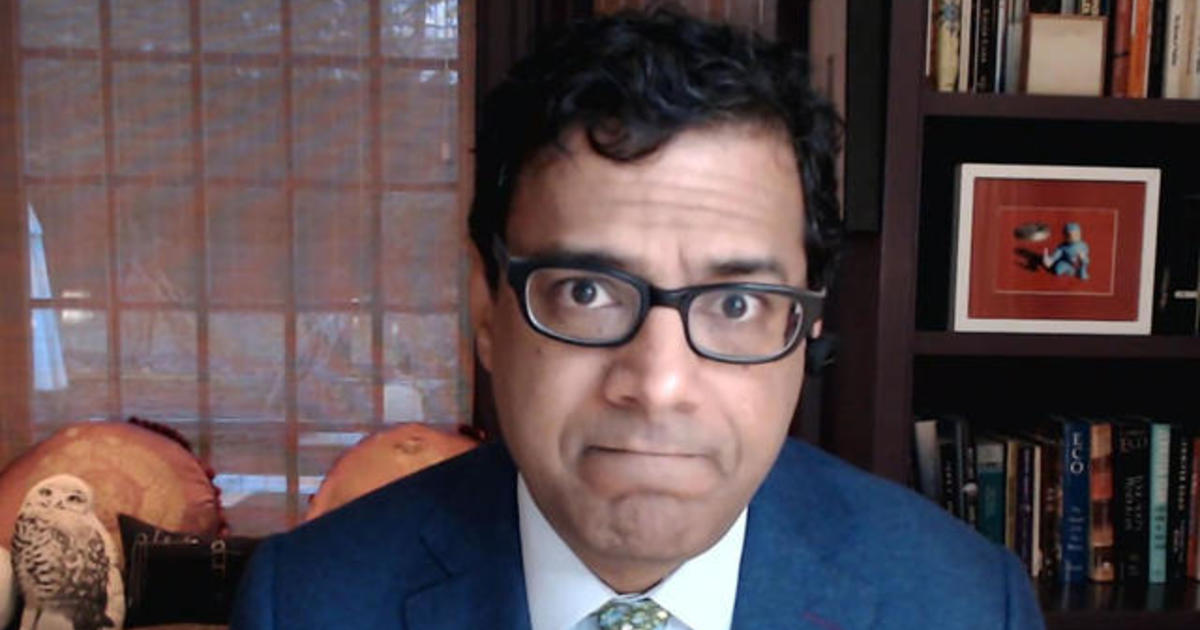 UK and EU have struck a historic trade deal. But what is in it? 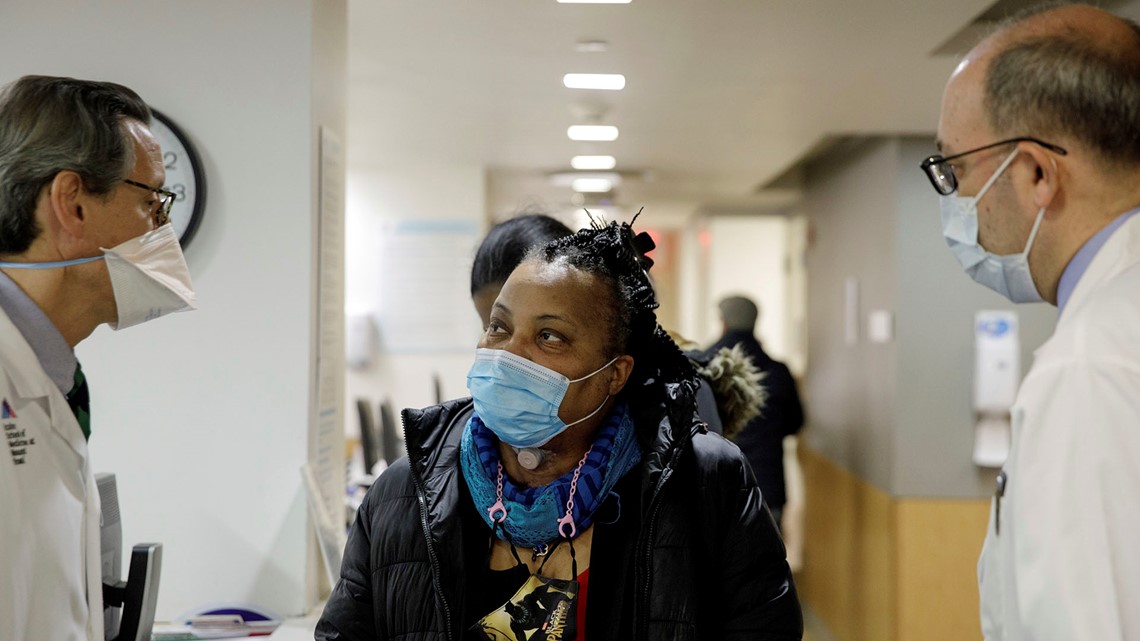