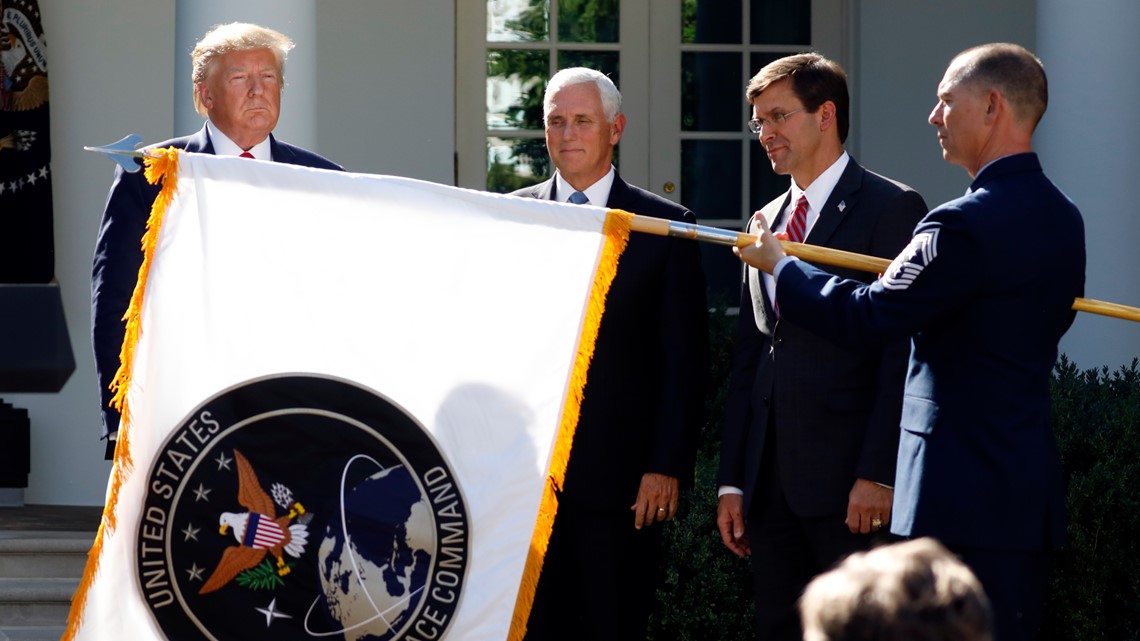 It was announced Wednesday the Space Command will be moved to Alabama.

COLORADO SPRINGS, Colo. — President Donald Trump has awarded U.S. Space Command to Huntsville Ala., in a move that several Pentagon insiders and lawmakers say bypassed the military’s top pick of Colorado Springs, the unit’s current home, because of political considerations.

It’s a decision that Colorado lawmakers say they will ask incoming President-elect Joe Biden to overturn and has caused Colorado Springs Republican U.S. Rep. Doug Lamborn, a Trump loyalist, to break with the administration. The move also will likely kick off a congressional probe into how the decision was reached.

“I am extremely disappointed. I have never been so disappointed in my whole life,” Lamborn said. “I believe, based on inside information, that politics must have played a role. By any standard, Colorado would come out on top of any competition.”

Lamborn said he and other Colorado lawmakers plan an appeal to Biden to overturn the decision as soon as he takes office. The congressman said the Alabama move was likely made with “bad advice from political advisers.”

An earlier Air Force decision will keep the command in Colorado Springs until at least 2026 while the decision to move it plays out. The White House didn’t immediately respond to an email seeking comment.

> Continue reading for our partners at the Colorado Springs Gazette.

Colorado Springs Mayor John Suthers held a news conference on Wednesday to decry the decision, saying that the city is calling for Congress to investigate what motivated the decision and that it is weighing public information requests into the process.

“As you are hearing today, there are sources throughout the government … alll of them wanting to remain anonymous … indicating there was in fact politics of this result,” he said.

Suthers said both of Colorado’s senators have had conversations with Biden’s transition team.

Colorado Governor Jared Polis and Lt. Governor Dianne Primavera released a statement about the move saying it appeared to be politically motivated.

“Reports that the in-depth military process found Colorado Springs to be the best location for military readiness and cost and recommended Colorado to the President only to be overruled for politically motivated reasons are deeply concerning,” the statement says in part. “This move threatens jobs, could cause serious economic damage, and upend the lives of hundreds of military and civilian families that were counting on U.S Space Command staying at home in Colorado Springs as well as harm military readiness.”

The command had been temporarily located in Colorado Springs and earlier this year it was announced that it would stay there for six years. Alabama and Florida were in the running for the permanent home.

Colorado’s large and growing aerospace industry shouldn’t take too much of a hit, according to Dr. Iain Boyle, director of the National Security Initiative and aerospace engineering professor at the University of Colorado at Boulder.

“Our aerospace and defense industry is very strong,” said Boyle. “It’s not just serving Space Command Headquarters by any means. These major companies, and smaller companies are thriving in our aerospace economy. It’s the second largest in the nation. And so I’m sure that will continue to grow across the state, in this sector. No matter what happens with SPACECOM headquarters.”

But Boyle also says Space Command will never fully leave Colorado, even if the Headquarters does.

“Regardless of where headquarters is there are a number of very important space-based national security missions that are carried out in facilities in Colorado,” Boyle said. “None of that activity is going away. Headquarters is where decisions are made, but the actual operations and activities are spread all around the country. But for space defense, a significant amount of that is conducted here in Colorado and that will continue to be so.”

The full statement from the governor’s office is below.

“Colorado’s proud military heritage, unparalleled aerospace ecosystem, and unmatched quality of life for our service members and their families make us the epicenter of national security space and the only permanent home for U.S. Space Command.

Reports that the in-depth military process found Colorado Springs to be the best location for military readiness and cost and recommended Colorado to the President only to be overruled for politically motivated reasons are deeply concerning.

This move threatens jobs, could cause serious economic damage, and upend the lives of hundreds of military and civilian families that were counting on U.S Space Command staying at home in Colorado Springs as well as harm military readiness.

It would negatively impact the mission which Colorado Springs has been flawlessly executing, ensuring our national security in the space domain. This misguided decision would cost American taxpayers potentially billions of dollars and would be fiscally irresponsible if it is allowed to stand. We pledge to work with our federal delegation to restore integrity to the process as it unfolds.

The work of so many partners in Colorado Springs and across the state has been critical to the shared effort to keep U.S. Space Command in Colorado, and we are grateful for their partnership.”

“I am disappointed by the horrendous decision to rip U.S. Space Command out of its home in Colorado Springs and move it to a new location. There’s no way around it: relocating SPACECOM will materially damage our national security.  As we speak, our near-peer adversaries, Russia and China, are actively working to defeat our space capabilities.  Moving a critical institution like Space Command for political reasons unrelated to national security would be foolish at the best of times.  In the midst of the ongoing great power competition between the U.S. and our allies against the forces of tyranny and absolutism represented by the Chinese Communist Party and Vladimir Putin, arbitrarily shuffling SPACECOM around like a political trophy would prove disastrous.  This decision was not based on what is best for America’s national interests.  For the good our of nation, I will fight this proposed move.  I look forward to working with my colleagues in the House and Senate who I believe will be equally disturbed with this disruption to a critical national security mission.”

‘Restaurateurs must work harder to sell seafood to British diners’