Mortal Kombat (2021): 11 Characters Who Should Appear In A Sequel 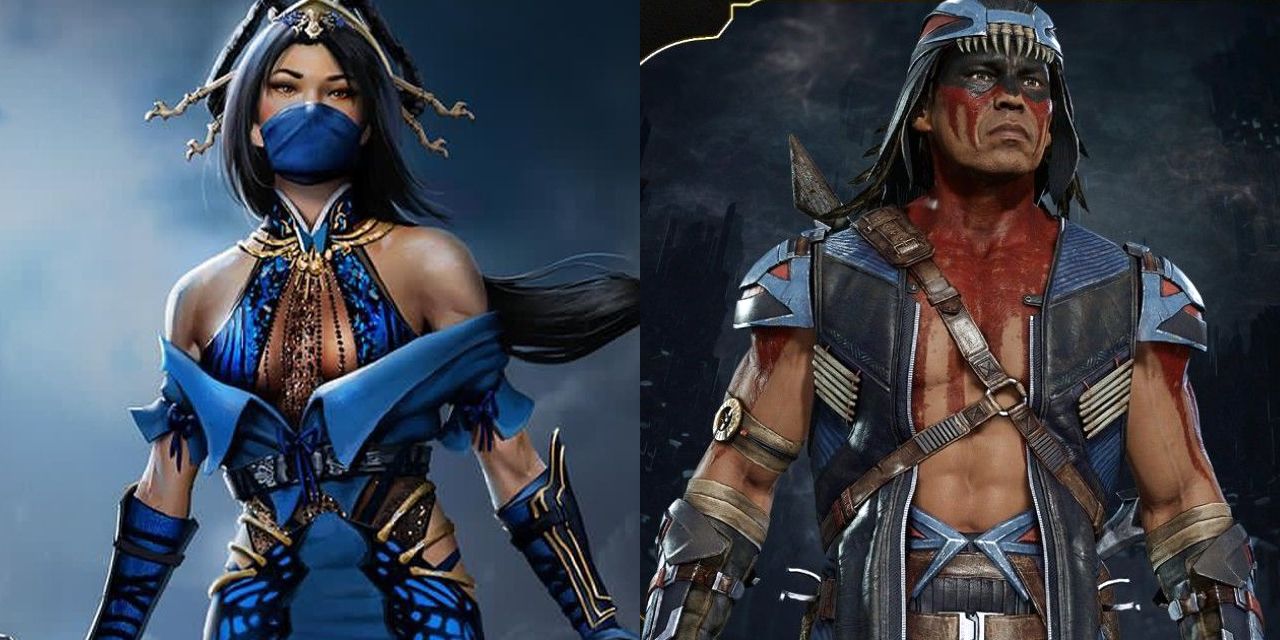 As is tradition with Mortal Kombat, the 2021 movie establishes a roster of characters that will span across multiple movies. The inevitable sequel will attempt to follow the games by having more characters introduced. The reboot even ends with a tease of Johnny Cage being recruited by the new Cole Young.

Some are almost guaranteed: Shao Kahn, Noob Saibot, the return of Kano since he was considered one of the best characters, and more. Over the course of eleven main entries with multiple timelines and retcons, the sequel has plenty to work with. Who will be next to join either Outworld or Earthrealm?

In the games, Sheeva is the Queen of the Shokan which is the same race as Goro. After Cole Young performed one nasty fatality on the most famous Shokan of them all, Sheeva would likely want retribution.

One could easily see Shang Tsung manipulating Sheeva to join the tournament as Cole Young’s new rival. Goro was already done surprisingly well on a modest budget so they could only excel with Sheeva on a higher budget.

Joe Taslim’s final words in Mortal Kombat as Sub-Zero are, “For the Lin Kuei.” This hints that the Lin Kuei clan of assassins is still around in the present day. In the games, the Lin Kuei are corrupted by their grandmaster and forced to submit to the Cyber Initiative, turning them into soulless robotic ninjas.

One of the Lin Kuei who defies this initiative is Cyrax. He believes in having free will which leads to him being at odds with his clan, especially Sektor. This could be a fun concept to explore as Cyrax bounces between heroic and villainous actions.

It’s hard to have Cyrax without his partner: Sektor; he is the son of the Grandmaster and a zealous servant of the Lin Kuei and the Cyber Initiative. The falling out between Cyrax and Sektor would allow for not only a someone tragic storyline for the once-friends but showcase a fight that rivals Scorpion and Sub-Zero.

RELATED: The Best Mortal Kombat Games, Ranked (According To IGN)

Also, since the reboot really pushed the magic part of the lore, the Cyber Ninjas could showcase more science fiction. Perhaps the Cyber Lin Kuei could give Kano his famous cybernetic eye? Provide an army of robots for Shang Tsung? Many possibilities with these two.

Along with Johnny Cage, the ending has Raiden sending the Earthrealm fighters to recruit more champions. Since Stryker is possibly dead as hinted by an Easter egg on Kabal’s costume, Raiden could recruit Kenshi. Who is Kenshi? A blind ronin with a magically imbued sword.

Kenshi is also a powerful psychic with the ability to read thoughts and use telekinesis. Obviously, this could make for more stand-out fight scenes that mix Marvel’s Daredevil with samurai-like battles. Plus, he is a fan-favorite character, especially after Mortal Kombat X.

Scorpion became a demon in the Netherrealm but it wasn’t just because of his violent death. Scorpion sold his soul to a being known as Quan Chi, a sorcerer from the Netherrealm. Quan Chi is a master manipulator that will assist Outworld but only to further his true master: Shinnok.

Adding Quan Chi would not only be a chance to give him more of a chance to shine but set up one of the most powerful villains of Mortal Kombat lore.

Shang Tsung is not only a soul stealer but he is a twisted inventor. Mileena was one of his many experiments in the past. Another one is Ermac, a being made up of a legion of souls. In the second timeline, one of the many souls inside Ermac is Kitana’s father: King Jerrod.

Ermac is a character that can really showcase some horror elements in this universe. His mummy-like design, his voice of a thousand voices, and powerful soul magic will make him a terrifying foe. In a way, he’d be the perfect replacement for Sub-Zero.

In a quick Easter egg, there is a reference to a Native-American warrior from the Matoka known as Nightwolf; he is a powerful shaman gifted by the god known as the Great Spirit to protect the Matoka. With each generation, the Nightwolf mantle is passed onto someone else.

The reference in the movie shows the more classic Nightwolf from the games. In a sequel, the Nightwolf could be passed on to a new warrior fit for the tournament. This could allow for a better, less stereotypical design for the character and reinvent the character.

In the same scene, there is an Easter egg showcasing a statue of a beloved character from the newer games. That would be Kotal Kahn, or General Kotal as he would be in this time; he is voiced by Phil LaMarr in the games. Kotal Kahn is an Osh-Tekk who once served under Shao Kahn until he was betrayed.

After Shao Kahn dies, Kotal usurps the throne becomes the new Emperor of Outworld. Kotal Kahn is a strict but benevolent ruler who does not seek to conquer other realms. Fans would love to see this character get a proper introduction instead of being retconned into existence like in the games.

After Mileena’s appearance in Mortal Kombat, fans are going to want to see where her brutal side comes from. Shang Tsung created Mileena using a combination of Kitana’s and blood from a Tarkatan. When Mileena enters a rage and showcases her actual teeth in the climax, it hints at what could come with Baraka.

One of the most famous Outworld fighters, Baraka is the leader of the Tarkatans. They have massive razor-like grins that would scare piranha and sport their iconic weapons: blades that extend from their forearms. Baraka is the most deadly of them all and one of Shao Kahn’s most loyal slaves.

There is another person who becomes Sub-Zero. After Bi-Han dies, his younger brother Kuai Liang takes on the mantle to avenge him, unaware of his brother’s evil. The rivalry between Scorpion and Sub-Zero was done to perfection in the reboot which is why fans want to see Kuai Liang.

In many ways, Kuai Liang is the better and more powerful Sub-Zero. He actually ends up becoming Scorpion’s best friend and their clans work together to protect Earthrealm. That dynamic could make the sequels even more interesting and at the same time, Kuai Liang could face off against his brother resurrected as Noob Saibot.

If Mileena already exists, then there is a high chance Kitana does, too. Also, Kitana’s bladed fan can be spotted in Raiden’s temple. These two factors have made fans everyone clamor for Kitana’s introduction in the sequel. Since Sisi Stringer already killed it as Mileena, she could easily come back and play Kitana.

Kitana not being in Mortal Kombat made some sense seeing how Shao Kahn would have no need for Kitana once Mileena was created. Kitana is likely in some Outworld prison waiting to meet Liu Kang in the sequel so their romance can blossom.

NEXT: 10 Best Fatalities In Mortal Kombat 11